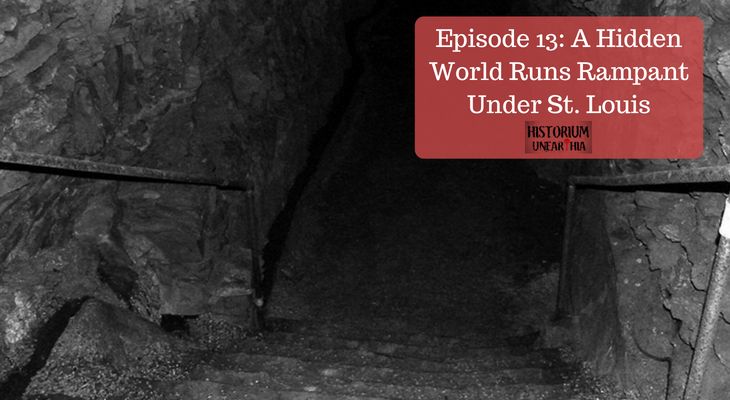 There’s a hidden world running rampant under the streets of St. Louis. Buried deep within the earth, it’s so secret even residents of the Gateway City have no idea it exists. Carved by Mother Nature, this majestic limestone wonderland has provided shelter to Native Americans and Civil War soldiers, helped the brewing industry prosper, and allowed more than one local to escape and have a good time. Have you ever heard of the caves of St. Louis?

For this episode, I had the pleasure of speaking with Donnie Keck, a resident of St. Louis, Andrew Wanko, a public historian at the Missouri Historical Society, and Jeff Crews, a geologist at the Missouri Geological Survey. I’m deeply thankful for their wonderful insight and generosity of time.

Bones in the Brewery: A Paleontologist’s Rendezvous with History and Prehistory in St. Louis; Simpson, George Gaylord; Natural History; Vol. 55, No. 6; June 1946.

…and a bunch of guys standing around a giant nasty sinkhole, which is basically a cave that collapsed.