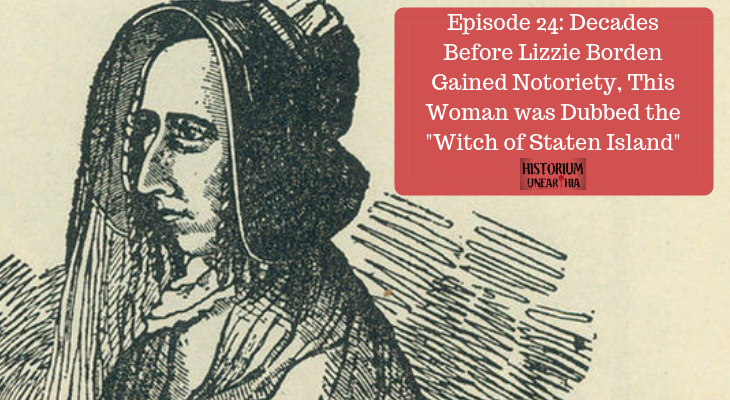 For this episode, I had the pleasure of speaking with Patricia Salmon, a professor of history and author of the book Murder and Mayhem on Staten Island. She previously served as the history curator at the Staten Island Museum and on the Board of Directors of the Tottenville Historical Society and the Preservation League of Staten Island. I also spoke with Maxine Friedman, the chief curator at Historic Richmond Town – Staten Island’s historical society.

Edgar Allan Poe and the Witch of Staten Island; Boroughs of the Dead; Retrieved September 2018.