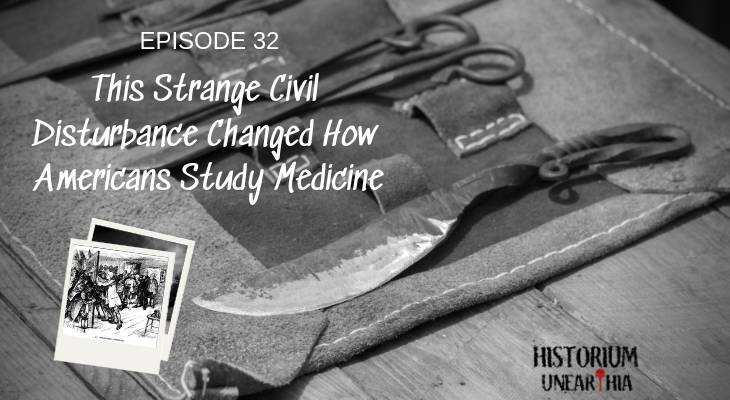 In the US, doctors are held in high esteem. But that wasn’t always the case. There was time when the medical field was riddled with controversy and public scrutiny. Tensions between the world of medicine and society reached a boiling point in New York City during April of 1788, when resurrection, the common practice of grave robbing, came under scrutiny.

Have you ever heard of the New York Doctors Riot?

I want to give a special thanks to Andrea Janes, owner and founder of Boroughs of the Dead LLC, a boutique tour company dedicated to dark and unusual walking tours of New York City, and Bess Lovejoy, journalist and author of Rest in Pieces: The Curious Fates of Famous Corpses.