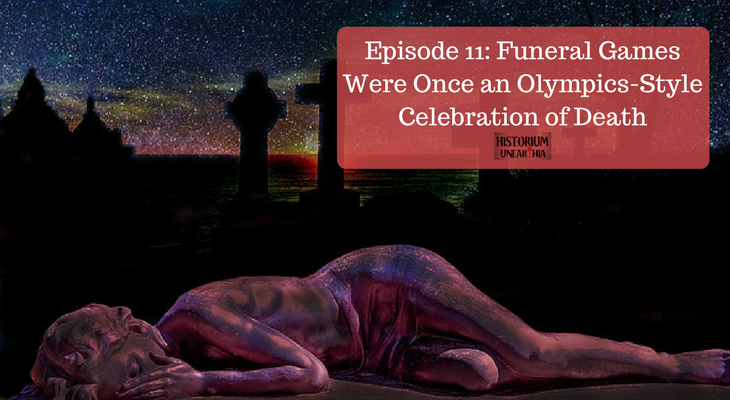 Death is a topic that makes most of us uncomfortable. But back in ancient times, some civilizations not only embraced death, they honored the recently deceased with athletic competitions and contests. Have you ever heard of the funeral games?

I’d like to give a special thanks to Dave Lunt, a history professor at Southern Utah University who specializes in ancient sports and politics, and Todd Hara, a mortician and co-author of the critically acclaimed books Mortuary Confidential: Undertakers Spill the Dirt and Over Our Dead Bodies: Undertakers Lift the Lid.

The Flaming Arrow of Classical Education: Funeral Games in the Aeneid as Symbol and Hope; David Wright; Circe Institute; August 12, 2013.