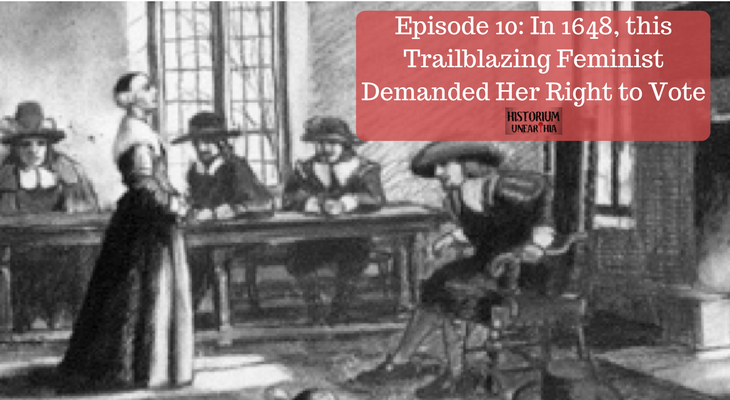 Outside of the home, Colonial America was a man’s world. Women were mostly excluded from power in the church and could not take part in town meetings, which meant they could not vote. But one woman defied the norms. Have you ever heard of Margaret Brent?

A huge thanks to Dr. Henry Miller, historical archaeologist and Director of Research at Historic St. Mary’s in Maryland, Julie Dolan, professor of political science specializing in women and politics at Macalester College in St. Paul, Minnesota, and Lily Read, a Member of the Watertown School Committee in Massachusetts.

Parts of this episode first appeared on Narratively.