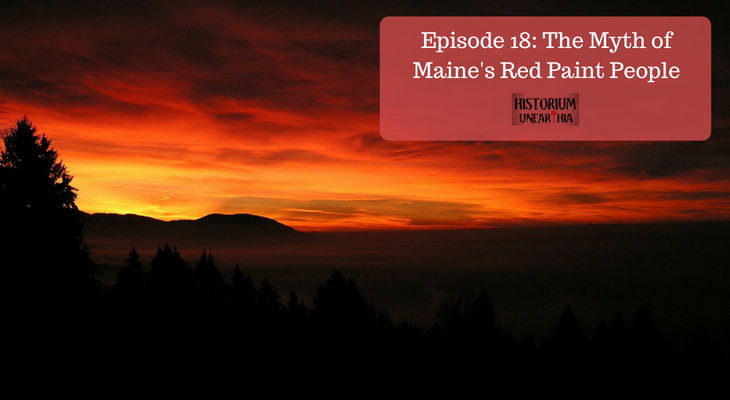 In 1892, Charles C. Willoughby became the first archaeologist to excavate sites in Maine that contained powdered red ochre and artifacts in clusters that he interpreted as graves. His discovery led to an assumption that would later be proven wrong. Have you ever heard of the myth of the Red Paint People?

For this episode, I had the pleasure of speaking Dr. Bonnie Newsom, an indigenous archaeologist and professor of anthropology at the University of Maine, and Julia Gray, owner of Riverside Museum Solutions and the former director of collections and research at the Abbe Museum.

I also want to acknowledge Cinnamon Catlin-Legutko, director of Abbe Museum, who is leading the effort in the emerging practice of decolonization. Located in Bar Harbor, Maine, the Abbe Museum was founded in 1926 and first opened to the public in 1928 as a private museum at Sieur de Monts Spring in Lafayette National Park (Acadia National Park). Although most museums in the U.S. have yet to embrace decolonization, the Abbe has worked closely with indigenous peoples of Maine, specifically the Wabanaki, sharing authority for the documentation and interpretation of Native culture.

Who Were the Red Paint People?; Cole-Will, Rebecca; Abbe Museum; 2002.

A Report on the Archaeology of Maine; Moorehead, Warren; The Andover Press; 1922.

Why is ochre found in some graves?; The National Museum of Denmark; Retrieved June 2018.