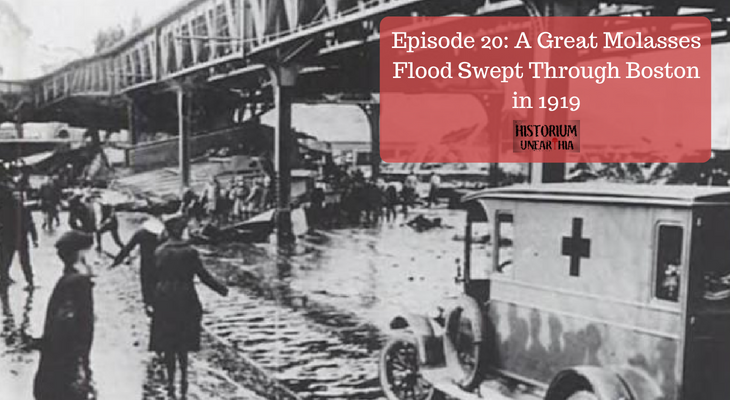 Slow as molasses in January is a common American idiom for something that is painfully slow. The history of this expression dates to the turn of the twentieth century and to one very specific event. On an unseasonably warm winter day in 1919, only a few weeks into the new year, Boston, Massachusetts suffered one of history’s strangest disasters. Have you ever heard of the Great Boston Molasses Flood?

For this episode, I had the pleasure of speaking with Stephen Puleo, historian, public speaker, and author of Dark Tide, and Nicole Sharp, an aerospace engineer turned science communicator who runs a Tumblr blog on fluid dynamics.