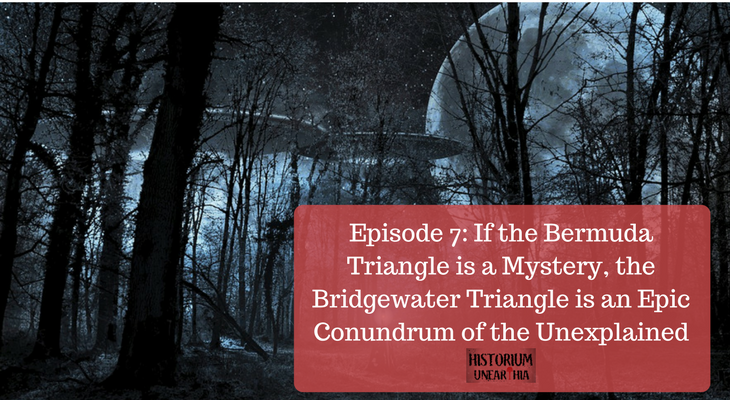 Just 30 miles south of Boston lies the mysterious “Bridgewater Triangle,” a 200-square mile “vortex” that has been rumored to be both haunted and cursed. Although skeptics shrug off the unexplainable, the bloody and disturbing history of this part of Massachusetts might make you question what’s real and what’s false. Have you ever heard of the Bridgewater Triangle?

This episode would not have been complete without the brilliant insight of Jeff Belanger one of the most visible paranormal researchers today. He’s also the Emmy-nominated host, writer, and producer of the New England Legends series which debuted on PBS in October of 2013, and the weekly New England Legends Podcast. I also spoke with Christopher Balzano, a writer, researcher, folklorist, and host of the podcast Tripping on Legends. He also appeared in the The Bridgewater Triangle documentary alongside Loren Coleman and Jeff Belanger. Watch it free (with Prime) on Amazon.

PHOTO: Representation, not an actual depiction of the Bridgewater Triangle or Massachusetts