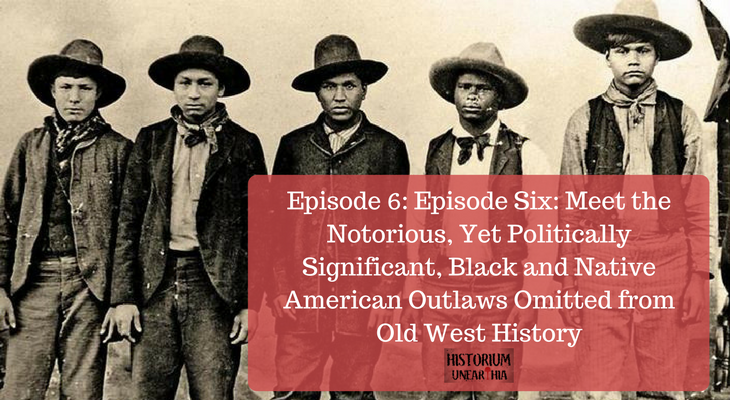 While the ballads of gun-slinging outlaws like Jesse James and Billy the Kid play on, there’s another Old West gang that has been largely forgotten. This group of young boys – black, Native American, or of mixed-race – emerged from the shadows in a politically charged, yet severely flawed, rebellion. Have you ever heard of the Rufus Buck Gang?

Thank you to novelist Leonce Gaiter for bringing the Rufus Buck story to light. I’d also like to thank Stephen Aron, a professor at UCLA and specialist in frontier, borderland, and western American history, and Arthur Lurigio, a professor of psychology and criminal justice at Loyola University Chicago.

I Dreamt I Was in Heaven – The Rampage of the Rufus Buck Gang, Leonce Gaiter, Legba Books, August 5, 2011.

Rufus Buck Gang, The Spell of the West, Retrieved December 2017.