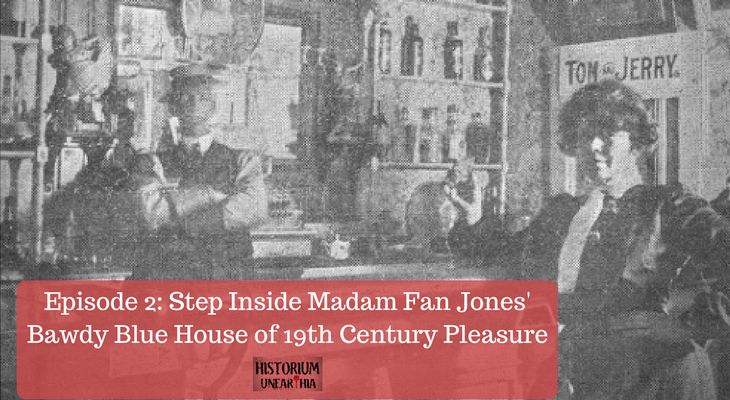 There was once a stretch of land so wicked and rowdy, it became known as the Devil’s Half Acre of Bangor, Maine. Historians affectionately refer to this legendary destination of merriment and mayhem as Satan’s playground – a place where loggers, sailors, and other workingmen gathered to spend their hard-earned cash on whiskey and women. When Maine became the first state to pass Prohibition in 1851, supporters dreamed of a pine-strewn moral haven. But one freethinking former seamstress had other ideas. Have you ever heard of Fan Jones?

This story was originally published on Narratively, a site where human stories are boldly told. Again, I must give a huge round of applause to my editors Brendan Spiegel and Mike Stahl who helped bring Fan back to life – in a well-deserved positive light.

A special thanks to Monique Bouchard who spent countless hours researching Fan Jones and leading Bangor, Maine’s walking tour of Devil’s Half Acre for several summers. She spent days in the scorching heat dressed as the infamous madam, teaching tourists not only of Jone’s business affairs, but also of her humanity. Also, a huge thanks to Bella Arsenic who is working hard to help destigmatize an industry plagued by misconceptions and myths.

Fan Jones, The Madame Who Reigned Over the Devil’s Half Acre in Bangor, New England Historical Society, updated 2017.