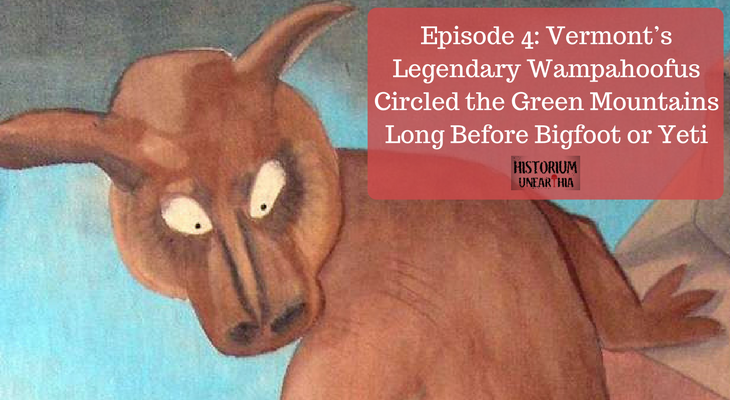 Deep in the Green Mountains of Vermont, history runs as rich as the pristine waters that ebb and flow between the rocky peaks. Many stories have originated from within this lush countryside. Some accounts are true. Others came to life in the imaginations of restless souls. Long before Bigfoot and Yeti became well-known in Western popular culture, another legendary creature was said to roam the hilly woods of the Green Mountain state. Have you ever heard of the wampahoofus?

An adaptation of this story originally appeared on Mental Floss. The increased interest in unidentified creatures, like Bigfoot and river monsters, led me to research the early footprints of cryptozoology which has roots in lumberjack folklore. From there, the legendary wampahoofus came back to life.

I want to give a special thanks to Maeve Kim, a Vermont native whose father often told the story of the legendary wampahoofus, and cryptozoologists Lyle Blackburn, Denver Michaels, and Linda Godfrey for their incredible insight on this mysterious and misunderstood field.

Cryptozoology A to Z: The Encyclopedia of Loch Monsters, Sasquatch, Chupacabras, and Other Authentic Mysteries of Nature, Loren Coleman and Jerome Clark, Simon & Schuster, August 1999.

People Are Seeing Something: A Survey of Lake Monsters in the United States and Canada, Denver Michaels, CreateSpace, January 2016.